Because muscles can be in different states, such as locked short or locked long (which means they are usually weak and dehydrated due to poor circulation), stretching a muscle that feels "tight" is not necessarily a wise thing to do as a matter of default. When muscles are out of balance due to postural and movement habits, they pull too much on some bones, not enough on others, preventing better alignment in both Yoga poses and daily life. What we want is a strong muscle, one that can both elongate to a functional, maximum safe length, as well as contract well to move bones and support internal organs. Plus, when at rest, we want it to have optimal resting tone.

Often the sensations that our nervous system provides can be confusing and make it difficult for us to know what we are dealing with. Sometimes the "tight" feeling could be in a place that is locked short, but it also could be in a place locked long. Both can feel similar because they both signal to your brain a state of unease, discomfort, and sometimes pain. It is almost like an itch that we just must scratch! However, caution should be exercises when dealing with anything that is "locked," and that is the key word here.

The nervous system often forms a pocket of poor body awareness around such areas of constant irritation, because it is exhausting and disturbing for it to monitor the unpleasant sensations all the time. Therefore, the N.S. becomes unable to send accurate information to your brain about what goes on there.

When a muscle is locked, it can be rather dehydrated, like a kitchen sponge that sat on the counter overnight. When you first pick up the dry sponge and try to twist it, it will not be pliable, and if you insist on twisting it, it will fray or tear. So would your locked muscles. So, when you get that itchy feeling in your upper or lower back after sitting too long in the same position, what should you do to find relief? The sponge must get wet, and your muscles too.

Muscles exist for movement, so gentle contraction would be the first thing to do to send some much-needed blood flow to them, so that we can restore mobility and body awareness.

If it is the back we are talking about, then gentle dynamic Cobra would do the trick wonderfully, provided we resist the urge to go all out to maximum range of movement. If we hold back a bit and stay within small-to mid range in the beginning, carefully monitoring sensations, it will be akin to taking a dry sponge under the flow of water and gently squeezing and releasing it, until if feels pliable again in our hand. This way the locked muscles are prepared for strengthening or stretching you might want to do later.

So dynamic, mid-range movements that gently contract the muscles of concern is our first step. A stay in the shape that facilitates the needed correction is our second step. 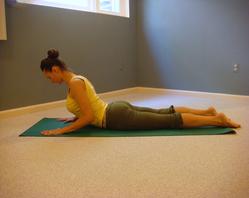 If a muscle had been locked long, we want to hold a pose that sustains its contraction for a few breaths. If it had been locked short, we want to sustain a pose that elongates it. After the dynamic contraction, such stays restore a muscle's resting tone. In our example with Cobra, if your Thoracic spine was locked long with a computer hunch, then you would want to stay in Cobra (with minimum use of hands), giving your rhomboids a chance to "get a grip." 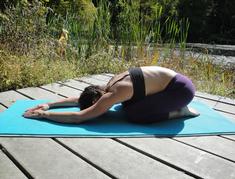 If you want to rehab your low back from a Lordosic swayback shape, move into Child's pose for six breaths afterwards. You can do both of these stays if you are experiencing both of these "locks", which is very common. 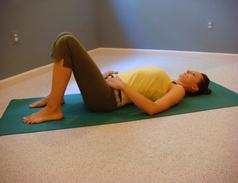 After the muscles had been "unlocked," first with a dynamic gentle contraction, then a stay in contracted or elongated shape, depending on what you are dealing with, only then it would be appropriate to "release" them, or rather, bring them to an optimal resting length. That means the shape in which you rest allows you to completely relax your body and bring onto the ground any areas of concern. Which is why Sivasana variations and other rest positions are so appropriate at the end of class or even between poses, and Constructive Rest pose is my favorite. Bent knees allow the low back to have a choice of how it wants to be, while head level on the floor or minimally folded blanket allows the upper back to find the proper extension. Note the glaring absence of "stretching" in the above approach. When your muscles are "locked", stretching should be off the menu! Stretching should be considered if you need greater range of movement, and should only be attempted when the muscles in question have been rehabilitated and are able to contract and elongate safely and properly.

Next week I will offer the same rehab plan for the tight hips dilemma. Often, when we feel "tight" in the hip flexors, the first inclination is to stretch it - hence the preponderance of Pigeon pose, lunges, Dancer poses, etc. Yet, a better way to restore hip health can be found with the above principles in mind. Stay tuned! 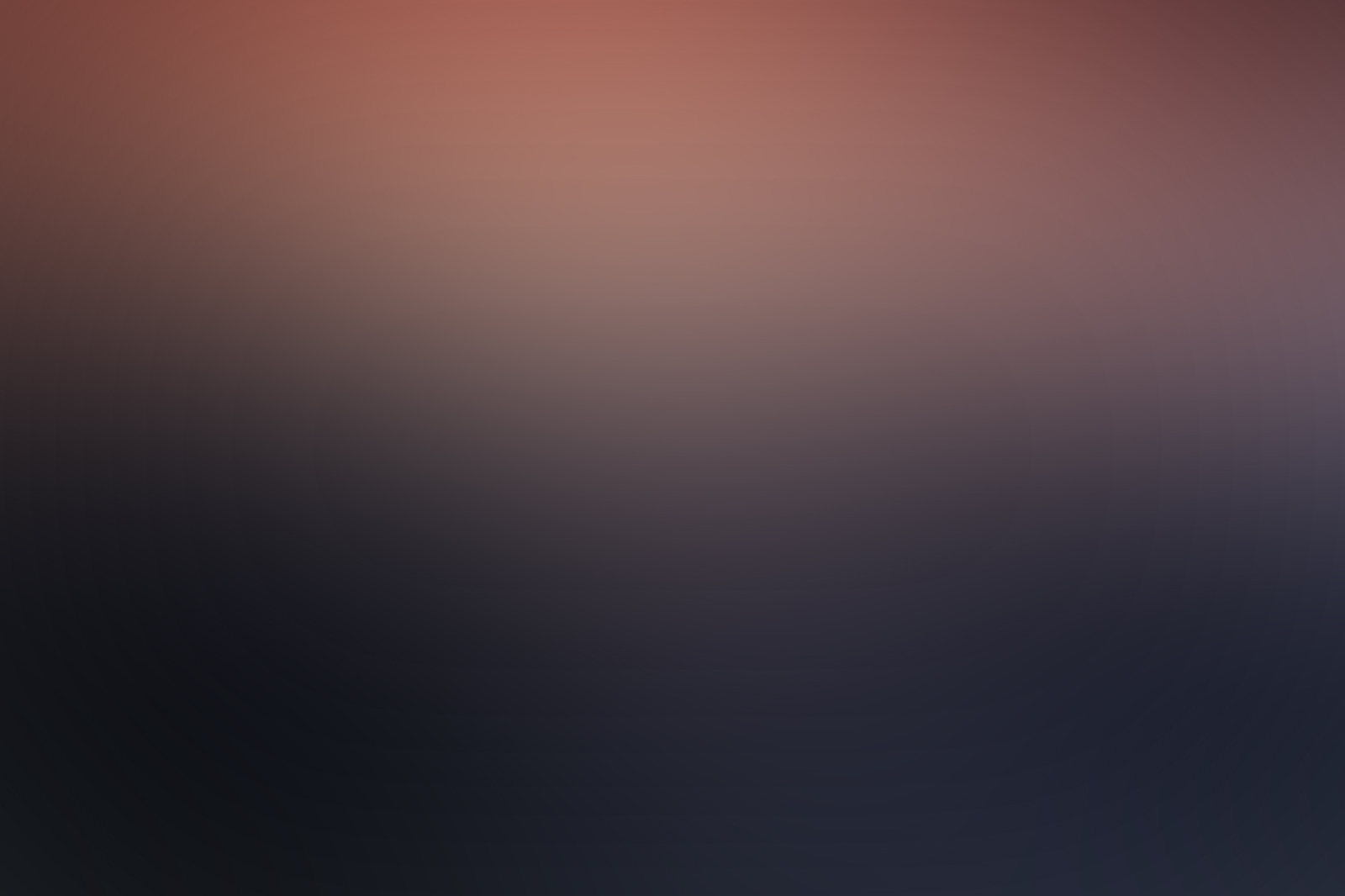